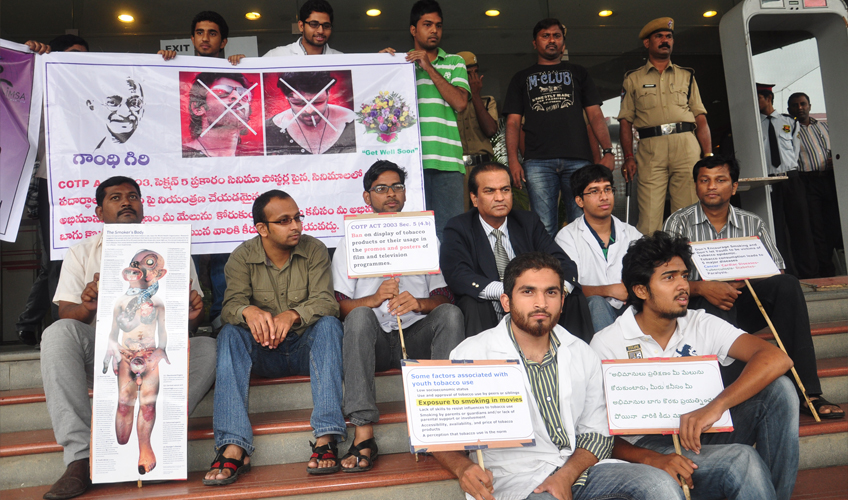 Protest Against ‘Rebel’ For COPTA Violation

Actor Prabhas movie REBEL was met with a silent protest outside a multiplex by a group of young medicos and members of the Voice of Tobacco Victims group. Led by Dr. Vijay Anand Reddy, the gathering was protesting against the portrayal of Prabhas smoking a cigarette in the movie poster. The protest began outside a multiplex running the movie and ended outside the actors residence, with the group handing over a petition requesting him to refrain from depicting the act of smoking or consuming any other form of tobacco on screen. We met the commissioner, Anurag Sharma and informed him of the protest.

submitted petitions to the Chief Minister, Governor and the Health Minister. Stars need to take social responsibility seriously. The industry does not realize the negative impact this could have on the youngsters said Dr. Reddy. The producers of REBEL later received directives from the Censor Board, asking them to take down the posters. 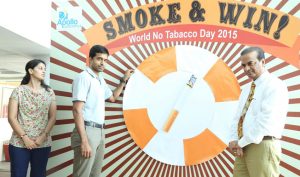 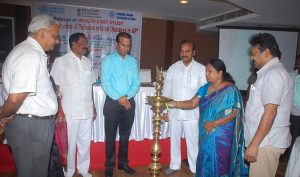 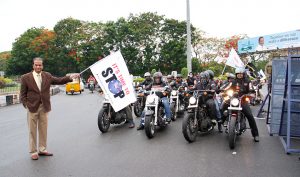